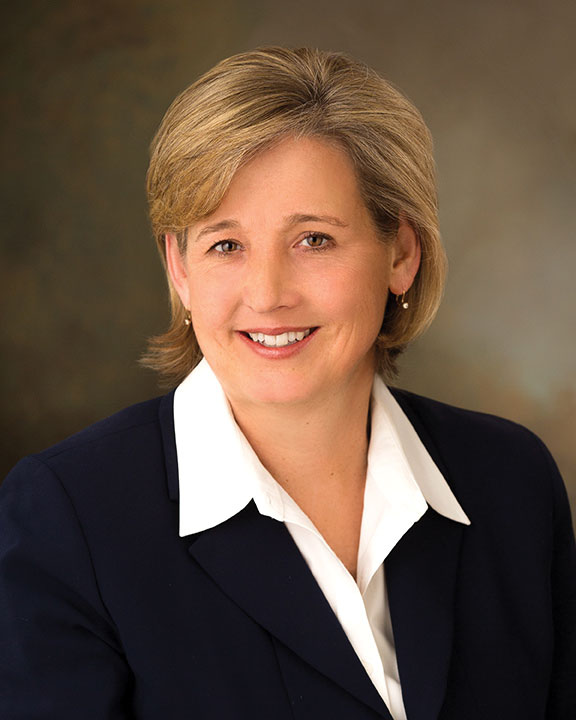 Natalie Gochnour earned both her bachelor's and master's degrees in economics in 1984 and1988 from the University of Utah.

Natalie has been an adjunct professor for CSBS for the past decade, and was recently appointed to associate dean in the David Eccles School of Business. She is tasked with planning and implementing a new public policy initiative focusing on serving Utah businesses and community leaders. She also serves as the chief economist and senior advisor to the Salt Lake Chamber of Commerce.

Natalie's experience includes a diverse mix of public service and business acumen. She has advised Utah Governors Bangerter, Leavitt, and Walker, and served as the media spokesperson for the governor's office during the 2002 Olympic Winter Games. She was also a political appointee in the George W. Bush administration and served as an associate administrator at the U.S. Environmental Protection Agency and a deputy to the secretary at the U.S. Department of Health and Human Services.

Natalie serves on numerous boards including the Salt Lake City International Airport, Utah Olympic Legacy Foundation and the Primary Children's Medical Center. She is a gubernatorial appointee to the Governor's Economic Development Council, as well as the vice-chair of Envision Utah, one of the nation's most successful quality growth partnerships.

Natalie has received several awards including the 2012 Outstanding Achievement Award for business from the YWCA in Salt Lake City, and Wasatch Women's "Wasatch Woman of the Year" award in 2008. Natalie and Chris, her husband of 28 years, live in Salt Lake City with their two children.