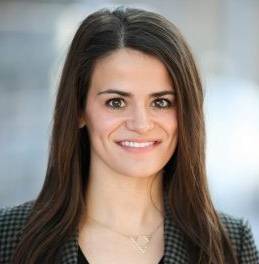 Samantha Thorne, who is double-majoring in Economics and International Relations, is the recipient of a 2019 Harry S. Truman Scholarship. She is one of 62 awarded the scholarship that “nurtures and supports future generations who answer the call to public service leadership,” according to the Harry S. Truman Scholarship Foundation. The scholarship serves as a living memorial to the 33rd president, in lieu of a physical memorial.

"Studying economics has altered the way that I think, for the better. As a very well-rounded discipline, economics is not only about understanding economies at a micro or macro level, but it expands one’s knowledge of and ability to analyze relevant policies, studies, current events, human tendencies, and logical flows. I noticed this phenomenon most in my Intermediate Macro and Econometrics classes when I was tasked with using data, logic, and historical tendencies to explain the world around me. I’m thankful for the Economic Department and the mentorship I received as it has sophisticated my thought processes and made me a more well-rounded scholar. "

As a Truman Scholar, Thorne will receive up to $30,000 to fulfill her plans of attending law school. She will join other Truman Scholars next month in a leadership development program in Liberty, Missouri. Thorne is the 26th Truman Scholar selected from the University of Utah.